Kerry Beyer is an American writer, actor, and director who has appeared on ABC's Port Charles and starred in the independent film Sanity. He is the cofounder of the SplatterFest Film Festival and the narrator of the award-winning audiobook Holes. Originally from Texas, Beyer now lives in Los Angeles, California. 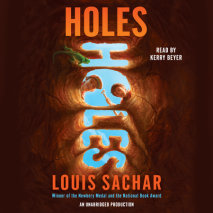 Holes
Author: Louis Sachar | Narrator: Kerry Beyer
Release Date: May 23, 2006
Winner of the Newbery Medal and the National Book Award! This #1 New York Times bestselling, modern classic in which boys are forced to dig holes day in and day out is now available with a splashy new look.Stanley Yelnats is under a curse. ...
ABOUT THIS AUDIOBOOK
$19.95
ISBN: 9780739331767
4 Unabridged CDsUnabridged Download 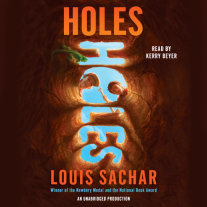