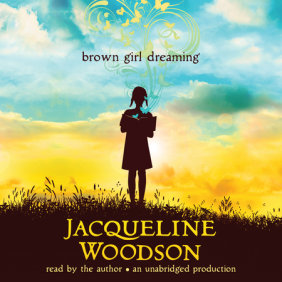 Being able to see – and hear – yourself within the stories you read is important but, unfortunately, doesnŌĆÖt always happen. Penguin Random House Audio is proud to support diversity with the HearDiversity campaign, but Marley Dias is proof that even the youngest of us can make changes within his or her community.

At only eleven years old, Marley Dias could clearly see that she had very little in common with many protagonists in the books she had been assigned to read in school. Dias and her mother, Janice Johnson Dias, began the hashtag #1000BlackGirlBooks in order to bring attention to just how few books feature little girls like her.

Her goal was to collect 1,000 books featuring black girls. The books will be brought to Saint Mary Parish, Jamaica (Dias’ mother’s hometown), and the rest of the books will go to New Jersey’s St. Cloud Elementary School, where Marley attended and noticed the lack of diversity in her reading material.

Dias has already found a few favorites within the books sheŌĆÖs collected so far, such as ROLL OF THUNDER, HEAR MY CRY by Mildred D. Taylor. Dias also raves about BROWN GIRL DREAMING by Jacqueline Woodson, telling People that she ŌĆ£absolutely loves this story!ŌĆØ

Woodson applauds Dias’s mission, telling People that ŌĆ£So many people don’t realize what it’s like to spend year after year not seeing reflections of yourself in literature and how damaging it is to one’s self-esteem. #1000BlackGirlBooks shows the world that these books exist and that readers are hungry for them.”

Other authors have made similar comments, such as Nicola Yoon, author of EVERYTHING, EVERYTHING to Teen Vogue. Yoon adds, “I think it is really important that people of color have a positive representation in media. ItŌĆÖs crucial that everyone gets to see himself or herself as the hero of a story.ŌĆØ

Dias has appeared on numerous talk shows discussing her campaign and the work she and her mother have put into it. While talking with Larry Wilmore from The Nightly Show, Dias even used him as an example, saying ŌĆ£When you read a story about a person you connect withŌĆölike, well, you host a TV show, so if you were to read a book about a black man who hosts a TV show, you would remember whatever he learned and use it on the show.”

You can watch a clip of the full interview below.

As of DiasŌĆÖ interview on The Nightly Show, she has reached her intended target of 1,000 books. But donŌĆÖt expect her to stop her mission anytime soon now that she has reached her original goal. According to Wilmore, Dias plans to donate any books she receives to schools across New Jersey.

Check out some of DiasŌĆÖs favorite #1000BlackGirlBooks below: BROWN GIRL DREAMING and ROLL OF THUNDER, HEAR MY CRY. Diversity is important for children to experience ŌĆö in life and in literature. 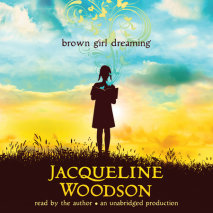 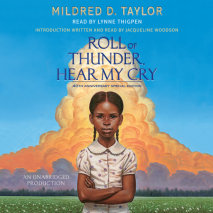 Roll of Thunder, Hear My Cry
Author:
Mildred D. Taylor's Newbery Award-winning masterpiece with an introduction written and read by Jacqueline Woodson, just in time for its 40th Anniversary! Set in Mississippi at the height of the Depression, this is the story of one family's strug...
.

Or perhaps take a listen to our Black History Month Collection.