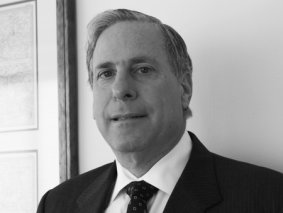 Bruce Bueno de Mesquita is the Julius Silver Professor of Politics at New York University and a senior fellow at the Hoover Institution at Stanford University. A specialist in policy forecasting, political economy, and international security policy, he received his doctorate in political science from the University of Michigan. Bueno de Mesquita is the author of 15 books and more than 100 articles as well as numerous pieces in major newspapers and magazines. He has appeared on all the major networks as well as television broadcasts in Brazil, China, Korea, the Netherlands, and elsewhere. His book The Strategy of Campaigning was coauthored with Kiron Skinner, Serhiy Kudelia, and Condoleeza Rice. He lives in San Francisco and New York City. 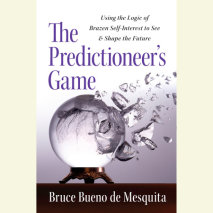 audio
The Predictioneer's Game
Author: Bruce Bueno De Mesquita | Narrator: Sean Runnette
Release Date: September 29, 2009
Bruce Bueno de Mesquita is a master of game theory, which is a fancy label for a simple idea: People compete, and they always do what they think is in their own best interest. Bueno de Mesquita uses game theory and its insights into human behavior to...
ABOUT THIS AUDIOBOOK
$20
ISBN: 9780307702142
Unabridged Download 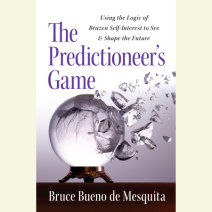