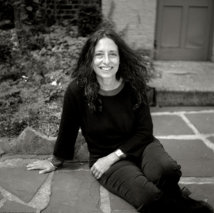 Carol Gilligan is a psychologist and writer, and her groundbreaking book In a Different Voice: Psychological Theory and Women's Development has been translated into 18 languages. With her students, she coauthored and coedited four books on women's psychology and girls' development: Meeting at the Crossroads, Between Voice and Silence, Making Connections, and Women, Girls, and Psychotherapy: Reframing Resistance. At Harvard University, where she was the first Graham Professor of Gender Studies, her award-winning research led to the founding of the university's Center on Gender and Education. She is now University Professor at New York University and lives with her husband in New York City and the Berkshires. 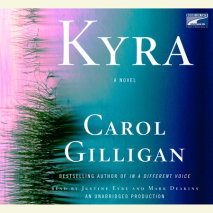 Kyra
Author: Carol Gilligan | Narrator: Justine Eyre and Mark Deakins
Release Date: January 15, 2008
An unforgettable novel about love–and the first work of fiction by the author of the groundbreaking nonfiction bestseller In a Different Voice.Kyra is an architect, involved in a project to design a new city. Andreas, a theater director, is sta...
ABOUT THIS AUDIOBOOK
$20
ISBN: 9780739359402
Unabridged Download 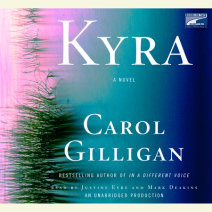