Mikal Gilmore has covered and criticized rock & roll, its culture, and related issues for many national publications. He was music editor for the L.A. Weekly and the Los Angeles Herald Examiner, and for twenty years has worked on the staff of Rolling Stone, where he has profiled many national figures. His first book, Shot in the Heart, won the Los Angeles Times Book Prize and the National Book Critics Circle Award. He lives and works in Los Angeles, California. 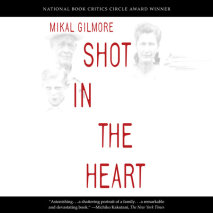 audio
Shot in the Heart
Author: Mikal Gilmore | Narrator: Michael Prichard
Release Date: August 20, 2019
NATIONAL BOOK CRITICS CIRCLE AWARD WINNER • A murder tale "from inside the house where murder is born." Haunting, harrowing, and profoundly affecting, Shot in the Heart exposes and explores a dark vein of American life that most of us ...
ABOUT THIS AUDIOBOOK
$27.50
ISBN: 9780593170373
Abridged DownloadUnabridged Download 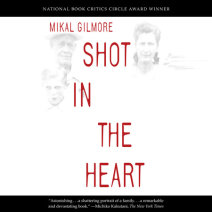