Adam Gopnik has been writing for The New Yorker since 1986. He is a three-time winner of the National Magazine Award for Essays and for Criticism and of the George Polk Award for Magazine Reporting. In March 2013, Gopnik was awarded the medal of Chevalier de l’Ordre des Arts et des Lettres by the French Republic. He lives in New York City with his wife and their two children. 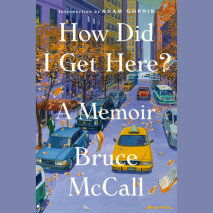 audio
How Did I Get Here?
Author: Adam Gopnik and Bruce McCall | Narrator: Mark Bramhall
Release Date: November 24, 2020
From his hardscrabble post-World War II Ontario childhood and coming of age to Mad Men-era New York City and the creative pinnacle of advertising, to the hallowed halls of Saturday Night Live and The New Yorker, Bruce McCall&...
ABOUT THIS AUDIOBOOK
$20
ISBN: 9780593293522
Unabridged Download 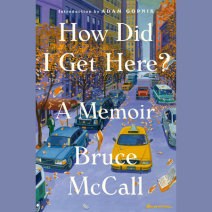 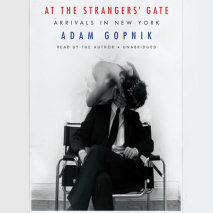 audio
At the Strangers' Gate
Author: Adam Gopnik | Narrator: Adam Gopnik
Release Date: September 05, 2017
From The New York Times best-selling author of Paris to the Moon and beloved New Yorker writer, a memoir that captures the romance of New York City in the 1980s. When Adam Gopnik and his soon-to-be-wife, Martha, left the comforts of home in Montreal ...
ABOUT THIS AUDIOBOOK
$20
ISBN: 9780525499763
Unabridged Download 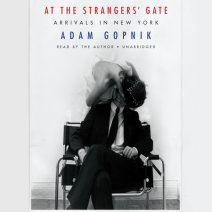