Audre Lorde (1934-1992) published nine volumes of poetry and five works of prose. She was a recipient of many distinguished honors and awards, including honorary doctorates from Hunter, Oberlin, and Haverford Colleges, and was named New York State Poet (1991-1993).

Mahogany L. Browne is a Brooklyn-based slam poet and activist, and the author of Black Girl Magic, which she read on PBS NewsHour. She has been featured in HBO's Brave New Voices as the artistic director at Urban Word NYC. 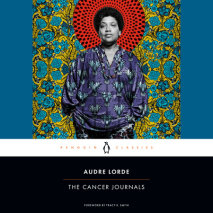 audio
The Cancer Journals
Author: Audre Lorde | Narrator: Elizabeth Lorde-Rollins
Release Date: February 15, 2022
Moving between journal entry, memoir, and exposition, Audre Lorde fuses the personal and political as she reflects on her experience coping with breast cancer and a radical mastectomy.A Penguin ClassicFirst published over forty years ago, The Cancer ...
ABOUT THIS AUDIOBOOK
$15
ISBN: 9780593609354
Unabridged Download 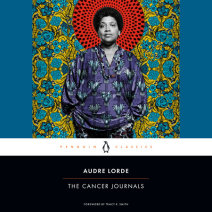