Hal Vaughan was a newsman, foreign correspondent, and documentary film producer who worked in Europe, the Middle East, and Southeast Asia since 1957. He served in the U.S. military in World War II and Korea, and held various posts as a U.S. Foreign Service officer. Vaughan was the author of Doctor to the Resistance: The Heroic True Story of an American Surgeon and His Family in Occupied Paris, FDR's 12 Apostles: The Spies Who Paved the Way for the Invasion of North Africa, and Sleeping with the Enemy: Coco Chanel's Secret War. He died in 2013. 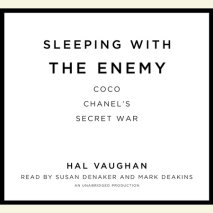 audio
Sleeping with the Enemy
Author: Hal Vaughan | Narrator: Susan Denaker and Mark Deakins
Release Date: August 16, 2011
“From this century, in France, three names will remain: de Gaulle, Picasso, and Chanel.” –André MalrauxCoco Chanel created the look of the modern woman and was the high priestess of couture.She believed in simplicity, and ele...
ABOUT THIS AUDIOBOOK
$17.50
ISBN: 9780307969200
Unabridged Download 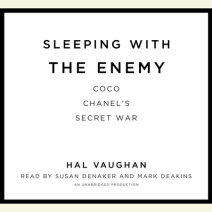