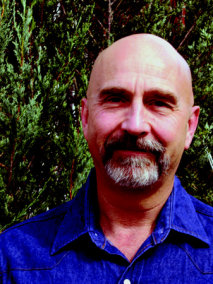 James M. Tabor’s last book was the international award-winning Forever on the Mountain: The Truth Behind One of Mountaineering’s Most Controversial and Mysterious Disasters. The writer and on-camera host of the acclaimed national PBS series The Great Outdoors, Tabor was also co-creator and executive producer for the 2007 History Channel special Journey to the Center of the World. Tabor is a former contributing editor to Outside magazine and Ski Magazine; his writing has also appeared in Time, Smithsonian, Barron’s, U.S. News & World Report, The Wall Street Journal, The Washington Post, and many other national publications.

audio
The Deep Zone
Author: James M. Tabor | Narrator: Paul Michael
Release Date: April 03, 2012
In this gripping debut thriller from James M. Tabor, a brilliant and beautiful scientist and a mysterious special ops soldier must lead a team deep into the Earth on a desperate hunt for the cure to a deadly epidemic.   When she was unjustly fir...
ABOUT THIS AUDIOBOOK
$22.50
ISBN: 9780307969637
Unabridged Download 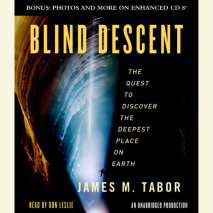 audio
Blind Descent
Author: James M. Tabor | Narrator: Don Leslie
Release Date: June 15, 2010
The deepest cave on earth was a prize that had remained unclaimed for centuries, long after every other ultimate discovery had been made: both poles by 1912, Everest in 1958, the Challenger Deep in 1961. In 1969 we even walked on the moon. And yet as...
ABOUT THIS AUDIOBOOK
$20
ISBN: 9780307736796
Unabridged Download 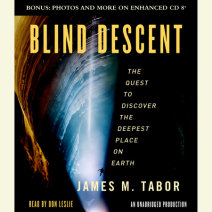