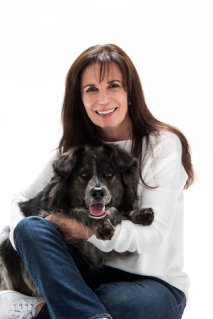 Cathy Guisewite is the creator of the Cathy comic strip, which ran in nearly 1,400 newspapers for thirty-four years. The strip earned Guisewite the National Cartoonist Society Reuben Award in 1992, an Emmy Award for Outstanding Animated Program for the TV special Cathy in 1987, and the high honor of having her work displayed on the fronts of refrigerators across the land. Cathy lives in California with her handsome and charming dog, Leo. 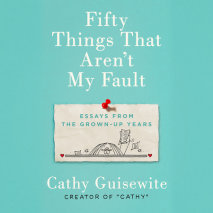 audio
Fifty Things That Aren't My Fault
Author: Cathy Guisewite | Narrator: Cathy Guisewite and Anna Guisewite
Release Date: April 02, 2019
A National Bestseller From the creator of the iconic "Cathy" comic strip comes her first collection of funny, wise, poignant, and incredibly honest essays about being a woman in what she lovingly calls "the panini generation."As the creator of "Cathy...
ABOUT THIS AUDIOBOOK
$20
ISBN: 9780525640448
Unabridged Download 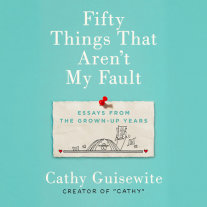