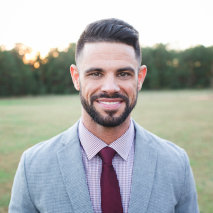 Steven Furtick is the bestselling author of Sun Stand Still, Greater, Crash the Chatterbox, and (Un)Qualified. He is also the founder and lead pastor of Elevation Church, based in Charlotte NC, which since its founding in 2006 has grown to multiple locations across several states. He preaches around the world and holds the Master of Divinity degree from Southern Baptist Theological Seminary. Steven and his wife, Holly, have three children and live near Charlotte, North Carolina. 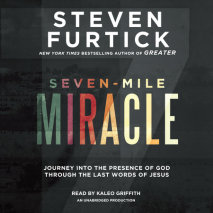 audio
Seven-Mile Miracle
Author: Steven Furtick | Narrator: Kaleo Griffith
Release Date: February 28, 2017
His Final Words Are Your New Beginning It’s Good Friday. The Son of God is giving up his life. What does he want to say to us in His final hours? What does He tell the people standing at the foot of the cross, to pass down to the ages? He ...
ABOUT THIS AUDIOBOOK
$15
ISBN: 9781524755799
Unabridged Download 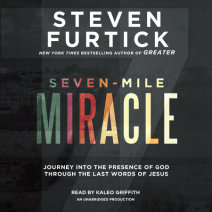 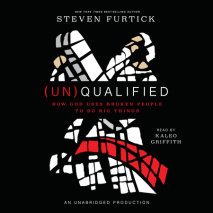 audio
(Un)Qualified
Author: Steven Furtick | Narrator: Kaleo Griffith
Release Date: March 01, 2016
NATIONAL BESTSELLER • Don’t let your contradictions keep you from your calling. “This book will challenge you and encourage you into a life characterized by prayerful dependence and decisiveness—your life will never b...
ABOUT THIS AUDIOBOOK
$15
ISBN: 9780451484307
Unabridged Download 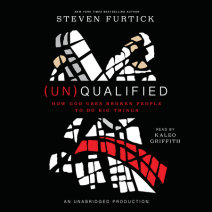 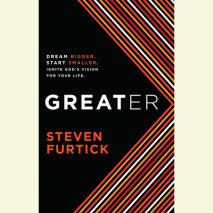 audio
Greater
Author: Steven Furtick | Narrator: Steven Furtick
Release Date: September 04, 2012
New York Times bestsellerPastor Steven Furtick draws on the biblical story of Elisha to give you the confidence to know that nothing is impossible with God, the clarity to see the next step He’s calling you to take, and the courage to do a...
ABOUT THIS AUDIOBOOK
$15
ISBN: 9780385362092
Unabridged Download 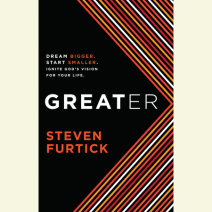 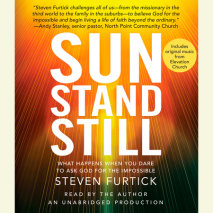 audio
Sun Stand Still
Author: Steven Furtick | Narrator: Steven Furtick
Release Date: September 21, 2010
If you're not daring to believe God for the impossible, you may be sleeping through some of the best parts of your Christian Life. “This book is not a Snuggie. The words on these pages will not go down like Ambien. I’m not writing to...
ABOUT THIS AUDIOBOOK
$15
ISBN: 9780307751256
Unabridged Download 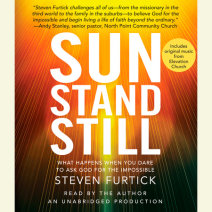