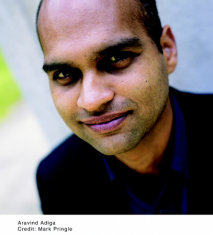 Aravind Adiga is the author of The White Tiger, which was awarded the 2008 Man Booker Prize, Last Man in Tower, and a collection of stories, Between the Assassinations. He was born in India and attended Columbia and Oxford universities. He is a former correspondent for Time magazine whose work has also appeared in The New Yorker, Granta, the Sunday Times (London), and the Financial Times, among other publications. He lives in India. 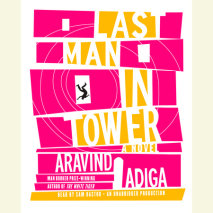 audio
Last Man in Tower
Author: Aravind Adiga | Narrator: Sam Dastor
Release Date: September 20, 2011
Searing. Explosive. Lyrical. Compassionate. Here is the astonishing new novel by the Man Booker Prize–winning author of The White Tiger, a book that took rage and anger at injustice and turned it into a thrilling murder story. Now, with the sam...
ABOUT THIS AUDIOBOOK
$22.50
ISBN: 9780307940971
Unabridged Download 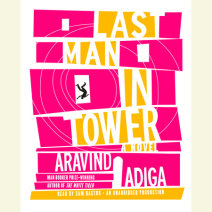