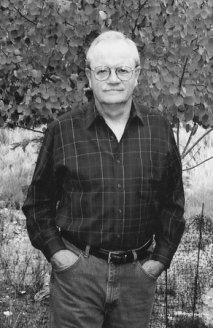 Kent Haruf is the author of five previous novels (and, with the photographer Peter Brown, West of Last Chance). His honors include a Whiting Foundation Writers’ Award, the Mountains & Plains Booksellers Award, the Wallace Stegner Award, and a special citation from the PEN/Hemingway Foundation; he was also a finalist for the National Book Award, the Los Angeles Times Book Prize, and the New Yorker Book Award. He died in November 2014, at the age of seventy-one. 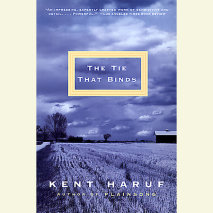 audio
The Tie That Binds
Author: Kent Haruf | Narrator: Danny Campbell
Release Date: July 04, 2017
From the bestselling author of Eventide, The Tie That Binds is a powerfully eloquent tribute to the arduous demands of rural America, and of the tenacity of the human spirit.Colorado, January 1977. Eighty-year-old Edith Goodnough lies in a ...
ABOUT THIS AUDIOBOOK
$20
ISBN: 9780525496984
Unabridged Download 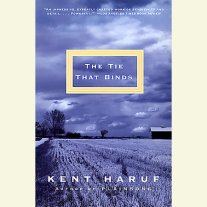 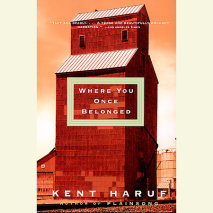 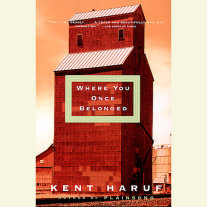 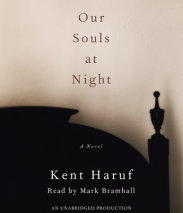 audio
Our Souls at Night
Author: Kent Haruf | Narrator: Mark Bramhall
Release Date: May 26, 2015
A spare yet eloquent, bittersweet yet inspiring story of a man and a woman who, in advanced age, come together to wrestle with the events of their lives and their hopes for the imminent future. In the familiar setting of Holt, Colorado, home to all ...
ABOUT THIS AUDIOBOOK
$12.50
ISBN: 9781101923467
Unabridged Download 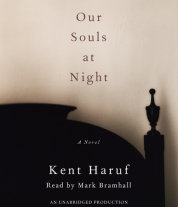 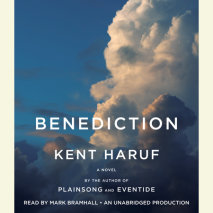 audio
Benediction
Author: Kent Haruf | Narrator: Mark Bramhall
Release Date: February 26, 2013
A Shelf Awareness Best Book of the YearFrom the beloved and best-selling author of Plainsong and Eventide comes a story of life and death, and the ties that bind, once again set out on the High Plains in Holt, Colorado.When Dad Lewis is diagnosed wit...
ABOUT THIS AUDIOBOOK
$17.50
ISBN: 9780385363624
Unabridged Download 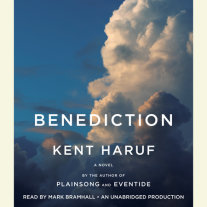 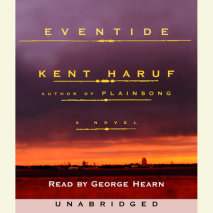 Eventide
Author: Kent Haruf | Narrator: George Hearn
Release Date: May 04, 2004
One of the most beloved novels in recent years, Plainsong was a best-seller from coast to coast—and now Kent Haruf returns to the High Plains community of Holt, Colorado, with a story of even more masterful authority.When the McPheron brothers ...
ABOUT THIS AUDIOBOOK
$17.95
ISBN: 9780739309414
Unabridged Download 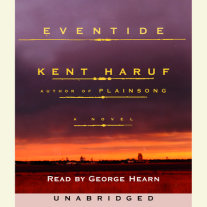