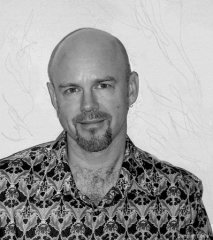 Tad Williams is a California-based fantasy superstar. His genre-creating (and genre-busting) books have sold tens of millions worldwide. His works include the worlds of Otherland, Shadowmarch, and Osten Ard—including the Memory, Sorrow, and Thorn, and The Last King of Osten Ard series—as well as standalone novels Tailchaser’s Song and The War of the Flowers. His considerable output of epic fantasy, science fiction, urban fantasy, comics, and more have strongly influenced a generation of writers. Tad and his family live in the Santa Cruz mountains in a suitably strange and beautiful house. 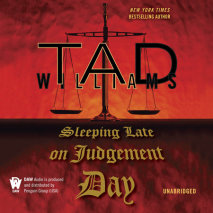 audio
Sleeping Late On Judgement Day
Author: Tad Williams | Narrator: George Newbern
Release Date: September 02, 2014
Where does an angel go when he's been to Hell and back?Renegade angel Bobby Dollar does not have an easy afterlife. After surviving the myriad gruesome dangers Hell oh-so-kindly offered him, Bobby has returned empty-handed – his demon girlfrien...
ABOUT THIS AUDIOBOOK
$17.50
ISBN: 9780756409951
Unabridged Download 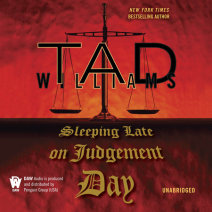 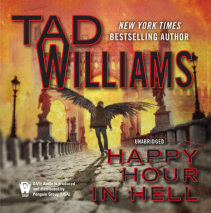 Happy Hour in Hell
Author: Tad Williams | Narrator: George Newbern
Release Date: September 12, 2013
I’ve been told to go to Hell more times than I can count. But this time I’m actually going. My name’s Bobby Dollar, sometimes known as Doloriel, and of course, Hell isn’t a great place for someone like me—I’m an an...
ABOUT THIS AUDIOBOOK
$17.50
ISBN: 9780756409838
Unabridged Download 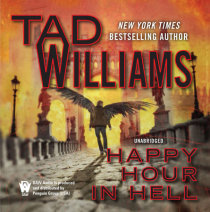 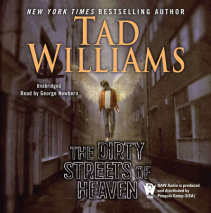 The Dirty Streets of Heaven
Author: Tad Williams | Narrator: George Newbern
Release Date: September 27, 2012
Bobby Dollar is an angel—a real one. He knows a lot about sin, and not just in his professional capacity as an advocate for souls caught between Heaven and Hell. Bobby’s wrestling with a few deadly sins of his own—pride, anger, even...
ABOUT THIS AUDIOBOOK
$17.50
ISBN: 9780756408459
Unabridged Download 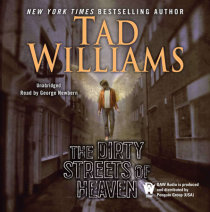