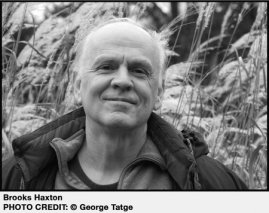 BROOKS HAXTON has published eight books of poetry, a nonfiction account of his son's career in high-stakes poker, and translations from Greek, French, and German. His poems have appeared in The Atlantic, The New Yorker, The Paris Review, and elsewhere, and his nonfiction has been featured in The New York Times Sunday Magazine. He wrote the script for a film on the life and work of Tennessee Williams, broadcast in the American Masters series. A recipient of grants and awards from the National Endowment for the Arts, the National Endowment for the Humanities, the Guggenheim Foundation, and others, Haxton has taught for many years in the graduate creative writing programs of Syracuse University and Warren Wilson College. 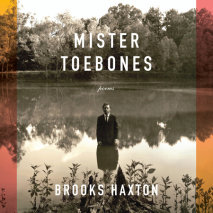 audio
Mister Toebones
Author: Brooks Haxton | Narrator: Edoardo Ballerini
Release Date: March 23, 2021
In these marvelous pages, the award-winning poet turns a searching gaze toward the shared habitat and intertwined fates of man and animal. He looks back and forward in time, down at the soil, up at the stars, and deeply into his personal relationship...
ABOUT THIS AUDIOBOOK
$7.50
ISBN: 9780593409848
Unabridged Download 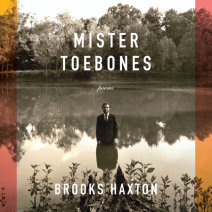