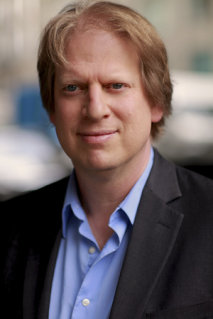 Paul Bloom is the Brooks and Suzanne Ragen Professor of Psychology and Cognitive Science at Yale University. He is the author or editor of six books, including the acclaimed How Pleasure Works. He has won numerous awards for his research and teaching, and his scientific and popular articles have appeared in The New York Times Magazine, Nature, The New Yorker, The Atlantic, Science, Slate, The Best American Science Writing, and many other publications. He lives in New Haven with his wife and two sons. Visit his website at paulbloomatyale.com and follow him on Twitter at @paulbloomatyale. 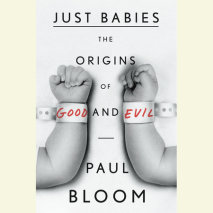 audio
Just Babies
Author: Paul Bloom | Narrator: Mike Chamberlain
Release Date: November 12, 2013
A leading cognitive scientist argues that a deep sense of good and evil is bred in the bone. From John Locke to Sigmund Freud, philosophers and psychologists have long believed that we begin life as blank moral slates. Many of us take for g...
ABOUT THIS AUDIOBOOK
$20
ISBN: 9780385367080
Unabridged Download 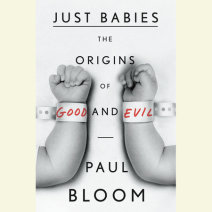