Linus Torvalds has become one of the most respected hackers within the computer community for creating the Linux operating system in 1991 while a student at the University of Helsinki. Since then, Linux has grown into a project involving thousands of programmers and millions of users worldwide.

Manuel Castells is a professor of sociology at the University of California at Berkeley. He is the author of the highly acclaimed trilogy The Information Age and of The City of the Grassroots (winnter of the 1983 C. Wright Mills Award) and of more than twenty other books.
Read More +
1 results   page 1 of 1   view sort by 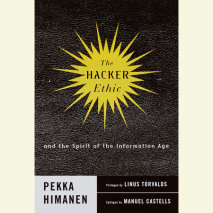 The Hacker Ethic
Author: Pekka Himanen | Narrator: Oliver Wyman
Release Date: February 06, 2001
You may be a hacker and not even know it. Being a hacker has nothing to do with cyberterrorism, and it doesn’t even necessarily relate to the open-source movement. Being a hacker has more to do with your underlying assumptions about stress, tim...
ABOUT THIS AUDIOBOOK
$12.50
ISBN: 9780375419201
Abridged Download 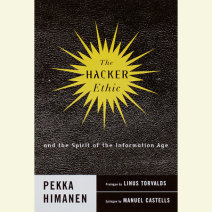