JACK HITT is a contributing editor to the New York Times Magazine, The New Yorker, and public radio’s This American Life. He also writes for Rolling Stone, GQ, Wired, and, of course, Garden & Gun. He has won the Peabody Award, as well as the Livingston and Pope Foundation Awards. 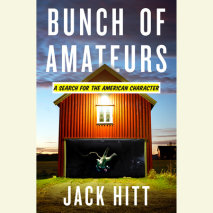 audio
Bunch of Amateurs
Author: Jack Hitt | Narrator: Peter Colburn
Release Date: May 15, 2012
WHAT IS IT THAT DRIVES THE SUCCESS OF AMERICA AND THE IDENTITY OF ITS PEOPLE? ACCLAIMED WRITER AND CONTRIBUTING EDITOR TO THIS AMERICAN LIFE JACK HITT THINKS IT’S BECAUSE WE’RE ALL A BUNCH OF AMATEURS.America’s self-invented tinkere...
ABOUT THIS AUDIOBOOK
$20
ISBN: 9780307990334
Unabridged Download 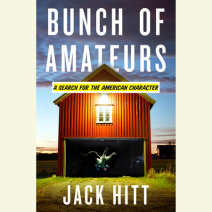