Paul Hoffman is the author of the critically acclaimed Left Hand of God series. His books include The Last Four Things (2011); The Left Hand of God (2010); The Golden Age of Censorship (2007), a black comedy based on his experiences as a film censor; and The Wisdom of Crocodiles (2000), which predicted the collapse of the world financial system. The Beating of His Wings is his latest novel. 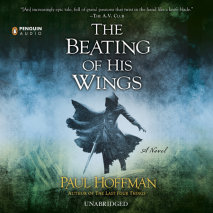 audio
The Beating of His Wings
Author: Paul Hoffman | Narrator: Steve West
Release Date: December 02, 2014
Following the bestselling novels The Left Hand of God and The Last Four Things comes the final installment of Paul Hoffman’s stark, epic trilogy. Thomas Cale has been running from the truth…. Since discovering that his brutal mi...
ABOUT THIS AUDIOBOOK
$17.50
ISBN: 9780698180772
Unabridged Download 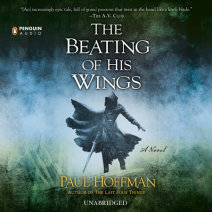 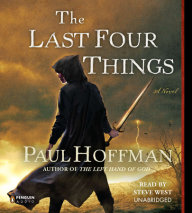 The Last Four Things
Author: Paul Hoffman | Narrator: Steve West
Release Date: August 04, 2011
The epic story of Thomas Cale-introduced so memorably in The Left Hand of God--continues as the Redeemers use his prodigious gifts to further their sacred goal: the extinction of humankind and the end of the world.To the warrior-monks known as the Re...
ABOUT THIS AUDIOBOOK
$17.50
ISBN: 9781101483558
Unabridged Download 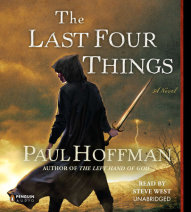 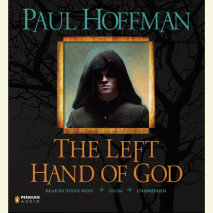 The Left Hand of God
Author: Paul Hoffman | Narrator: Steve West
Release Date: June 15, 2010
Paul Hoffman's novel of astonishing scope and imagination, featuring a darkly gifted teenage boy at the center of a brutal holy war, grabs the reader from its incredible opening lines and refuses to let go. The Left Hand of God is the first novel in ...
ABOUT THIS AUDIOBOOK
$22.50
ISBN: 9781101223123
Unabridged Download 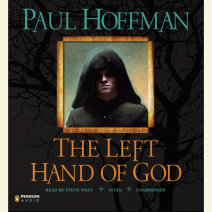