Deborah Howe cowrote Bunnicula, which was published in 1979, with her husband James. Bunnicula went on to receive numerous awards and is a favorite among children in the United States and Canada. It was also made into a popular television special. Howe died of cancer in 1978, at the age of 31, before the book was published. 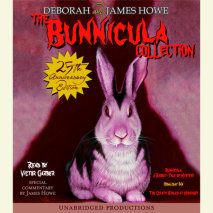 The Bunnicula Collection: Books 1-3
Author: Deborah Howe and James Howe | Narrator: Victor Garber
Release Date: September 28, 2004
Each story in the popular and critically acclaimed series has been read by the talented actor, Victor Garber. Now fans who can't get enough of the vampire bunny, Bunnicula, will have something new to add to their collection.
ABOUT THIS AUDIOBOOK
$17
ISBN: 9781400094745
Unabridged Download 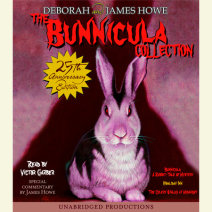