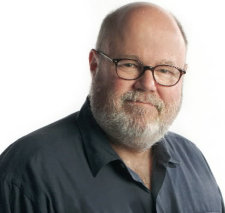 Stephen Hunter is the author of 20 novels and the retired chief film critic for the Washington Post, where he won the 2003 Pulitzer Prize for Distinguished Criticism. His novels include The Third Bullet; Sniper's Honor; I, Sniper; I, Ripper; and Point of Impact, which was adapted for film and TV as Shooter. Hunter lives in Baltimore, Maryland. 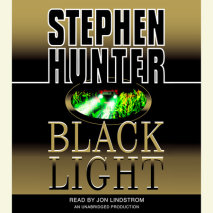 audio
Black Light
Author: Stephen Hunter | Narrator: Jon Lindstrom
Release Date: April 04, 2017
Only one thing stands between a son and his father's killer: forty years of lies. . .On a remote Arizona ranch, a man who has known loss, fear, and war weeps for the first time since he was a child.  His tears are for the father taken from ...
ABOUT THIS AUDIOBOOK
$27.50
ISBN: 9780525495987
Unabridged DownloadAbridged Download 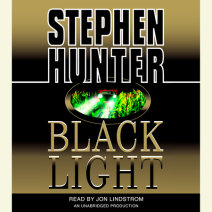 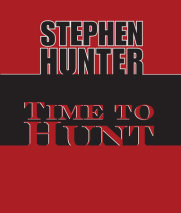 audio
Time to Hunt
Author: Stephen Hunter | Narrator: Jon Lindstrom
Release Date: April 04, 2017
“Stephen Hunter is in a class by himself.  Time to Hunt is as vivid and haunting as a moving target in the crosshairs of a sniper scope.”—Nelson Demille, author of MaydayHe is the most dangerous man alive. &...
ABOUT THIS AUDIOBOOK
$27.50
ISBN: 9780525496007
Unabridged DownloadAbridged Download 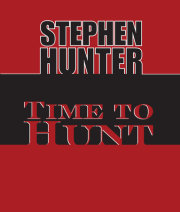 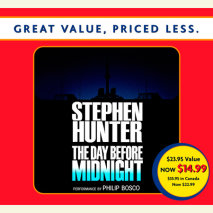 The Day Before Midnight
Author: Stephen Hunter | Narrator: Philip Bosco
Release Date: April 24, 2007
“A breathtaking, fascinating look at what could happen—given the possibility of an atomic ‘given.’ A wrap-up you'll never forget.”—Robert LudlumThe countdown begins when welder Jack Hummel is abducted from his subu...
ABOUT THIS AUDIOBOOK
$9.99
ISBN: 9780739312308
Abridged Download 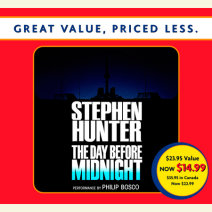 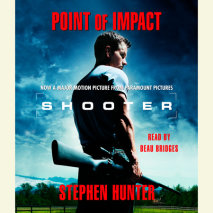 Point of Impact
Author: Stephen Hunter | Narrator: Beau Bridges
Release Date: January 30, 2007
“A harsh, visceral, novel of conspiracy and betrayal . . . a distrubing mix that plays on our sense of history while at the same time it appeals to our darkest fantasies of rough justice.”—Chicago Tribune The inspiration for th...
ABOUT THIS AUDIOBOOK
$9.99
ISBN: 9780739354476
Abridged Download 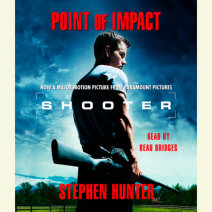 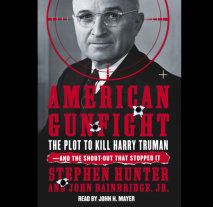 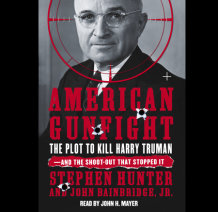