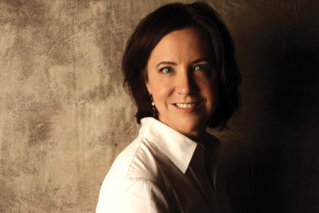 Kim Barker was the South Asia bureau chief for The Chicago Tribune from 2004 to 2009, based in New Delhi and Islamabad. Her book about those years, The Taliban Shuffle: Strange Days in Afghanistan and Pakistan, a dark comedic take on her time in South Asia, was published by Doubleday. The movie version, Whiskey Tango Foxtrot, will be released in March 2016, starring Tina Fey, Martin Freeman, Alfred Molina, Margot Robbie and Billy Bob Thornton. Barker is now a metro reporter at The New York Times, specializing in investigative reporting and narrative writing. Before joining The Times in mid-2014, Ms. Barker was an investigative reporter at ProPublica, writing mainly about campaign finance and the fallout from the Supreme Court’s Citizens United decision.