Charles Jackson was born in 1903 and raised in the township of Arcadia, New York, in the Finger Lakes region, where much of his fiction is set. After a youth marred by tuberculosis and alcoholism, Jackson achieved international fame with his first novel, The Lost Weekend (1944), which was adapted into a classic movie by Billy Wilder and Charles Brackett. Over the next nine years, Jackson published two more novels and two story collections, while continuing to struggle with alcohol and drug addiction. In 1967, after a fourteen-year silence, he returned to the best-seller lists with a novel about a nymphomaniac, A Second-Hand Life, but the following year he died of an overdose at the Hotel Chelsea in Manhattan. 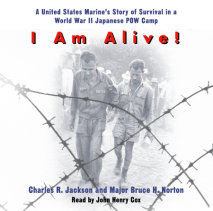 I Am Alive!
Author: Charles Jackson and Major Bruce H. Norton | Narrator: John Henry Cox
Release Date: June 03, 2003
In the bleak and bitter cold of a copper mine in northern Japan, a Chief Petty Officer of the U.S. Navy was given an opportunity to write a prisoner-of-war card for his wife. He was allowed ten words—he used three: “I AM ALIVE!” Thi...
ABOUT THIS AUDIOBOOK
$7.95
ISBN: 9780739303337
Abridged Download 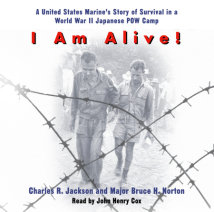