Shirley Jackson was born in San Francisco on December 14, 1916. She first received wide critical acclaim for “The Lottery,” which was published in The New Yorker in 1948 and went on to become one of the most anthologized stories in American literature. She is the author of six novels, including The Haunting of Hill House and We Have Always Lived in the Castle; four collections of short stories and essays, including Just an Ordinary Day; and two family memoirs, Life Among the Savages and Raising Demons. For many years she lived in North Bennington, Vermont, with her husband, the renowned literary critic Stanley Edgar Hyman, and their four children. She died on August 8, 1965. 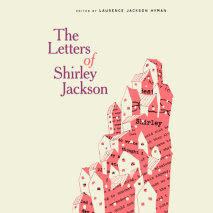 The Letters of Shirley Jackson
Author: Shirley Jackson, Laurence Hyman and Bernice M. Murphy
Release Date: July 13, 2021
This bewitching collection of never-before-published letters from the renowned author of "The Lottery" and The Haunting of Hill House brilliantly draws out flashes of the uncanny in the domestic, sparks of horror in the quotidian, and the veins of hu...
ABOUT THIS AUDIOBOOK
$25
ISBN: 9780593412145
Unabridged Download 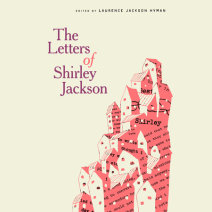