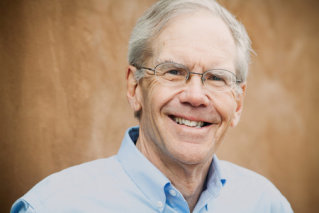 George Johnson writes regularly about science for the New York Times. He has also written for National Geographic, Slate, Discover, Scientific American, Wired, and the Atlantic, and his work has been included in The Best American Science Writing. A former Alicia Patterson fellow, he has received awards from PEN and the American Association for the Advancement of Science, and his books were twice finalists for the Royal Society’s book prize. He lives in Santa Fe, New Mexico.

audio
The Cancer Chronicles
Author: George Johnson | Narrator: Arthur Morey
Release Date: August 27, 2013
When the woman he loved was diagnosed with a metastatic cancer, science writer George Johnson embarked on a journey to learn everything he could about the disease and the people who dedicate their lives to understanding and combating it. What he disc...
ABOUT THIS AUDIOBOOK
$20
ISBN: 9780804148528
Unabridged Download 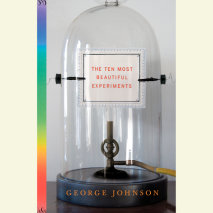 audio
The Ten Most Beautiful Experiments
Author: George Johnson | Narrator: Dion Graham
Release Date: April 08, 2008
From the acclaimed New York Times science writer George Johnson, an irresistible book on the ten most fascinating experiments in the history of science—moments when a curious soul posed a particularly eloquent question to nature and received a ...
ABOUT THIS AUDIOBOOK
$15
ISBN: 9780739359235
Abridged Download 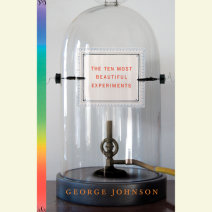