Terry C. Johnston is recognized as a master of the American historical novel. His grand adventures of the American West combine the grace and beauty of a natural storyteller with complete dedication to historical accuracy and authenticity. Johnston was born the first day of 1947 on the plains of Kansas, and lived all his life in the American West. His first novel, Carry the Wind, won the Medicine Pipe Bearer Award from the Western Writers of America, and his subsequent books have appeared on bestseller lists throughout the country. After writing more than 30 novels, he died in March 2001 in Millings, Montana. 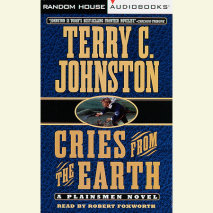 Cries from the Earth
Author: Terry C. Johnston | Narrator: Robert Foxworth
Release Date: July 05, 2000
Blow for blow, blood for blood, a heart-thundering account of the outbreak of the Nez Perce War, by America's bestselling historical frontier novelist. With gripping, authentic detail, CRIES FROM THE EARTH chronicles the lives of courageous men and w...
ABOUT THIS AUDIOBOOK
$8.95
ISBN: 9780375416996
Abridged Download 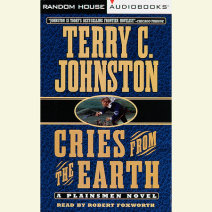