Chelsea Handler is a writer, comedian, producer, TV host, activist, and the author of five consecutive New York Times bestsellers. She hosted the late-night talk show Chelsea Lately on the E! network from 2007 to 2014 and released a documentary series, Chelsea Does, on Netflix in January 2016. In 2016 and 2017, Handler hosted the talk show Chelsea on Netflix. She is at work on a documentary about white privilege that will be released by Netflix in 2019. 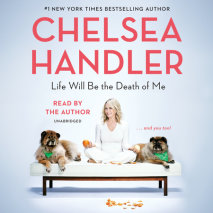 audio
Life Will Be the Death of Me
Author: Chelsea Handler | Narrator: Chelsea Handler
Release Date: April 09, 2019
#1 NEW YORK TIMES BESTSELLER • “This will be one of your favorite books of all time. Through her intensely vulnerable, honest, and hilarious reflections, Chelsea shows us more than just her insides. She shows us ourselves.”&mdas...
ABOUT THIS AUDIOBOOK
$20
ISBN: 9780525638742
Unabridged Download 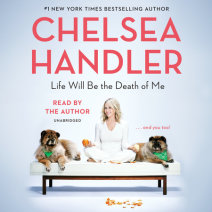