Joseph Kanon is the internationally bestselling author of eight novels, which have been published in twenty-four languages, including: Los Alamos, which won the Edgar Award for best first novel, The Good German, which was made into a film starring George Clooney and Cate Blanchett, The Prodigal Spy, Alibi, which earned Kanon the Hammett Award of the International Association of Crime Writers, Istanbul Passage, and Leaving Berlin. He is also a recipient of the Anne Frank Human Writers Award for his writings on the aftermath of the Holocaust. He lives in New York City with his wife, literary agent Robin Straus. They have two sons. 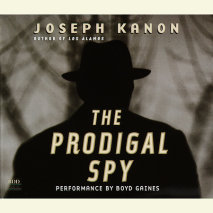 audio
The Prodigal Spy
Author: Joseph Kanon | Narrator: Boyd Gaines
Release Date: July 05, 2000
What if the Communist witch-hunts of the 1950s had actually uncovered a spy? The bestselling author of Los Alamos returns with a thrilling new novel of suspense, romance, and intrigue.  Washington, 1950.  The trouble with history,...
ABOUT THIS AUDIOBOOK
$14.98
ISBN: 9780553751185
Abridged Download 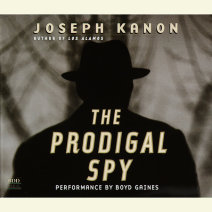 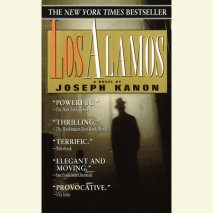 Los Alamos
Author: Joseph Kanon | Narrator: Edward Herrmann
Release Date: July 04, 2000
NEW YORK TIMES BESTSELLER • “The suspense novel for all others to beat . . . [a] must read.”—The Denver PostWINNER OF THE EDGAR AWARD FOR BEST FIRST NOVELIt is the spring of 1945, and in a dusty, remote community, the world&rsq...
ABOUT THIS AUDIOBOOK
$12.50
ISBN: 9780553754179
Abridged Download 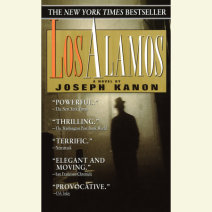