John A. Keel (1930-2009) was born in Hornell, New York, as Alva John Kiehle. Keel was best known for The Mothman Prophecies, Search for the Mothman, and Tales of the Twilight Typist. His early writing career began as a journalist for the Perry Herald, Poets of America, and Playboy. He died in New York City. 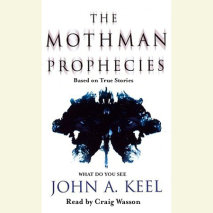 The Mothman Prophecies
Author: John A. Keel | Narrator: Craig Wasson
Release Date: August 19, 2002
West Virginia, 1966. For thirteen months the town of Point Pleasant is gripped by a real-life nightmare that culminates in a strategy that makes headlines around the world. Strange occurrences and sightings, including a bizarre winged apparition that...
ABOUT THIS AUDIOBOOK
$14.96
ISBN: 9780739301555
Unabridged Download 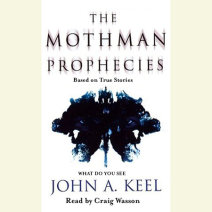