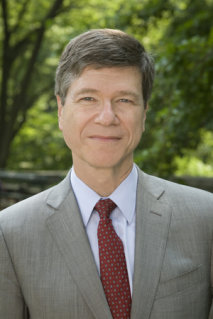 Jeffrey D. Sachs
Jeffrey D. Sachs is a world-renowned professor of economics, leader in sustainable development, senior UN advisor, bestselling author, and syndicated columnist whose monthly newspaper columns appear in more than 100 countries. He was the director of the Earth Institute at Columbia University and was a special advisor to UN secretary-general Ban Ki-moon on the Millennium Development Goals, which were designed to reduce extreme poverty, disease, and hunger, a position he also held under former UN secretary-general Kofi Annan. Sachs directs the UN Sustainable Development Solutions Network on behalf of the secretary-general. He has received many honors around the world, including the Sargent Shriver Award for Equal Justice, India’s Padma Bhushan award, Poland’s Commanders Cross of the Order of Merit, and many honorary degrees. He has twice been named among the hundred most influential leaders in the world by Time magazine.
Read More +
3 results   page 1 of 1   view sort by 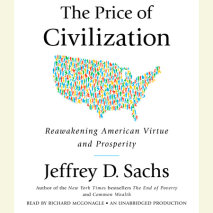 audio
The Price of Civilization
Author: Jeffrey D. Sachs | Narrator: Richard McGonagle
Release Date: October 04, 2011
For more than three decades, Jeffrey D. Sachs has been at the forefront of international economic problem solving.  But Sachs turns his attention back home in The Price of Civilization, a book that is essential reading for every American. In a f...
ABOUT THIS AUDIOBOOK
$20
ISBN: 9780307913043
Unabridged Download 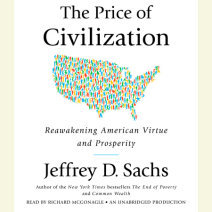 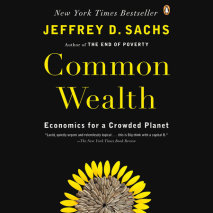 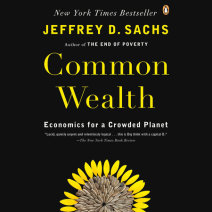 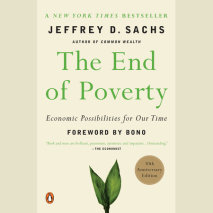 audio
The End of Poverty
Author: Jeffrey D. Sachs | Narrator: Malcolm Hillgartner
Release Date: March 13, 2008
"Book and man are brilliant, passionate, optimistic and impatient . . . Outstanding." —The EconomistThe landmark exploration of economic prosperity and how the world can escape from extreme poverty for the world's poorest citizens, from on...
ABOUT THIS AUDIOBOOK
$24
ISBN: 9781429592260
Unabridged Download 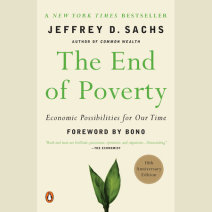