John Barton is a theologian who served as the Oriel and Laing Professor of the Interpretation of Holy Scripture at the University of Oxford in England for twenty-three years, and has been an ordained and serving priest in the Church of England since 1973. He has studied and taught the Bible throughout his academic career, and has written many books on it, including Ethics in Ancient Israel and The Bible: The Basics. He is the editor in chief of the Oxford Research Encyclopedia of Religion. He lives in Abingdon, United Kingdom. 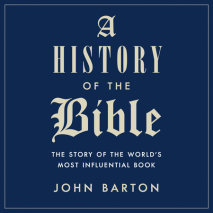 audio
A History of the Bible
Author: John Barton | Narrator: Ralph Lister
Release Date: June 04, 2019
A literary history of our most influential book of all time, by an Oxford scholar and Anglican priestIn our culture, the Bible is monolithic: It is a collection of books that has been unchanged and unchallenged since the earliest days of the Christia...
ABOUT THIS AUDIOBOOK
$27.50
ISBN: 9781984842565
Unabridged Download 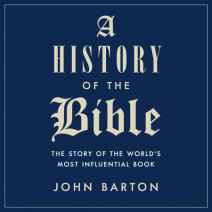