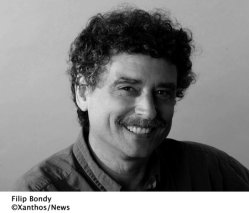 Filip Bondy is a sports columnist for the Daily News, where he has worked since 1993. He has been cited as one of the top ten sports columnists in America by the Associated Press Sports Editors. Over the years, his articles have appeared in such publications as the New York Times, Sports Illustrated, GQ, and the Village Voice. He has also authored or co-authored six books, including Tip Off: How the 1984 NBA Draft Changed Basketball Forever and Chasing the Game: American and the World Cup. 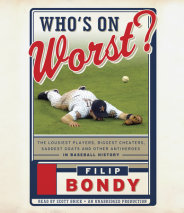 audio
Who's on Worst?
Author: Filip Bondy | Narrator: Scott Brick
Release Date: March 26, 2013
A hilarious celebration of the worst in baseball history: The boneheads, cheats, jerks and losers who make the grand old game so fun Libraries and Internet sites are filled to groaning with debates about who the best ballplayers of all time were&m...
ABOUT THIS AUDIOBOOK
$20
ISBN: 9780385362597
Unabridged Download 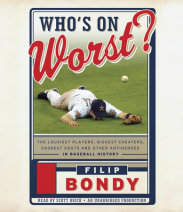