ARI RABIN-HAVT is host of The Agenda, a national radio show airing Monday through Friday on SiriusXM. His writing has been featured in USA Today, The New Republic, The Nation, The New York Observer, Salon, and The American Prospect, and he has appeared on MSNBC, CNBC, Al Jazeera, and HuffPost Live. Along with David Brock, he coauthored The Fox Effect: How Roger Ailes Turned a Network into a Propaganda Machine and The Benghazi Hoax. He previously served as executive vice president of Media Matters for America and as an adviser to Senate Democratic Leader Harry Reid and former vice president Al Gore. 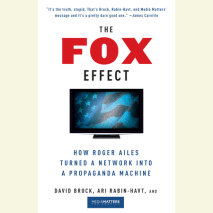 audio
The Fox Effect
Author: David Brock, Media Matters for America and Ari Rabin-Havt | Narrator: Bob Dunsworth
Release Date: February 21, 2012
Here is comprehensive overview of the tumultuous career of former Fox News president Roger Ailes and a must-read for anyone looking to understand his legacy and impact on news media. Based on the meticulous research of the news watchdog organiza...
ABOUT THIS AUDIOBOOK
$20
ISBN: 9780307969262
Unabridged Download 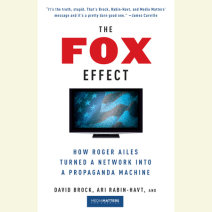