Benedict Carey is an award-winning science reporter who has been at The New York Times since 2004, and one of the newspaper’s most emailed reporters. He graduated from the University of Colorado with a bachelor’s degree in math and from Northwestern University with a master’s in journalism, and has written about health and science for twenty-five years. He lives in New York City. 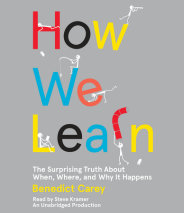 audio
How We Learn
Author: Benedict Carey | Narrator: Steve Kramer
Release Date: September 09, 2014
In the tradition of The Power of Habit and Thinking, Fast and Slow comes a practical, playful, and endlessly fascinating guide to what we really know about learning and memory today—and how we can apply it to our own lives. From an early age, i...
ABOUT THIS AUDIOBOOK
$20
ISBN: 9780449807781
Unabridged Download 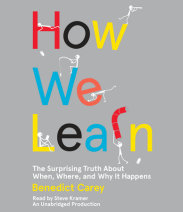