AMY McCULLOCH is an internationally bestselling Chinese-White author, raised in Ottawa, now based in London, UK. She has written eight novels for children and young adults, and her work has been translated into fifteen languages. Breathless is her adult fiction debut. Before becoming a full-time writer, she was editorial director for Penguin Random House Children’s Books. In 2013, she was named one of The Bookseller's Rising Stars of publishing. In addition to writing, she loves to seek out adventure, especially by hiking in remote corners of the globe. Amy knows the dangerous world of high-altitude mountaineering very well: in September 2019, she became the youngest Canadian woman to climb Mount Manaslu in Nepal—the world’s eighth-highest mountain at 8,163 meters. 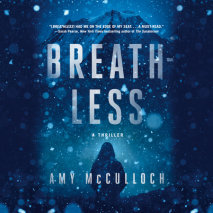 audio
Breathless
Author: Amy McCulloch | Narrator: Katie Leung
Release Date: May 03, 2022
AS SEEN ON THE TODAY SHOW • A high-altitude thriller that will take your breath away—Cecily Wong is on her most dangerous climb yet, miles above sea level. But the elements are nothing compared to one chilling truth: There's a ki...
ABOUT THIS AUDIOBOOK
$22.50
ISBN: 9780593555187
Unabridged Download 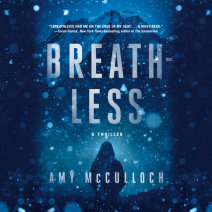