JEAN-DOMINIQUE BAUBY was born in France in 1952. He attended school in Paris. After working as a journalist for a number of years, Bauby became the editor-in-chief of Elle magazine in Paris in 1991. On December 8, 1995 he had a stroke which left him with the condition known as locked-in syndrome. Bauby died on March 9, 1997, two days after the French publication of The Diving Bell and the Butterfly. He was the father of two children, Theophile and Celeste. 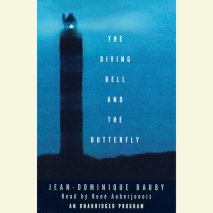 The Diving Bell and the Butterfly
Author: Jean-Dominique Bauby | Narrator: RenĂ© Auberjonois
Release Date: November 20, 2007
In 1995, Jean-Dominique Bauby was the editor-in-chief of French Elle, the father of two young childen, a 44-year-old man known and loved for his wit, his style, and his impassioned approach to life. By the end of the year he was also the victim of a ...
ABOUT THIS AUDIOBOOK
$7.50
ISBN: 9780739328743
Unabridged Download 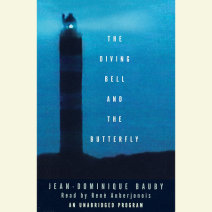