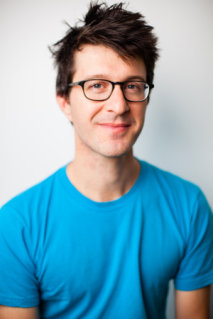 Christian Rudder is a co-founder and former president of the dating site OkCupid, where he authored the popular OkTrends blog. He graduated from Harvard in 1998 with a degree in math and later served as creative director for SparkNotes. He has appeared on Dateline NBC and NPR's "All Things Considered" and his work has been written about in the New York Times and the New Yorker, among other places. He lives in Brooklyn with his wife and daughter. 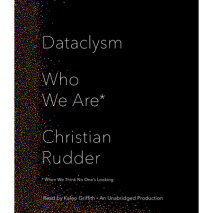 audio
Dataclysm
Author: Christian Rudder | Narrator: Kaleo Griffith
Release Date: September 09, 2014
A New York Times BestsellerAn audacious, irreverent investigation of human behavior—and a first look at a revolution in the making   Our personal data has been used to spy on us, hire and fire us, and sell us stuff we don’t need. In ...
ABOUT THIS AUDIOBOOK
$17.50
ISBN: 9780553397505
Unabridged Download 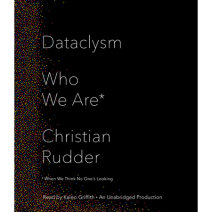