home
x
Subscribe
Sarwat Chadda
A lifelong gamer, Sarwat Chadda decided to embrace his passion for over-the-top, wild adventure stories by trading in a stable twenty-year career in engineering for a highly unstable, brand-new one as a writer. That resulted in his first novel, Devil’s Kiss, back in 2009.

Since then he has been published in a dozen languages, writing comic books, TV shows, and novels, such as the award-winning Indian mythology–inspired Ash Mistry series, the epic high fantasy Shadow Magic trilogy (as Joshua Khan), and City of the Plague God for Rick Riordan Presents.

While he’s traveled far and wide in places that include Africa, the Middle East, Europe, Asia, and the Americas, he’s most at home in London, where he lives with his wife, two more-or-less grown-up daughters, and an aloof cat. And, yes, he still runs his Dungeons & Dragons game every Wednesday.
Read More +
4 results   page 1 of 1   view sort by 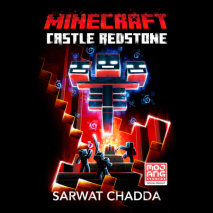 audio
Minecraft: Castle Redstone
Author: Sarwat Chadda | Narrator: Shawn K. Jain
Release Date: November 29, 2022
Three down-on-their-luck adventurers seek a lost civilization in this epic Minecraft novel!Rajah would do anything to be a great adventurer. But how can he, when his father’s already triumphed over every adventure he can think of? Lord Maharaja...
ABOUT THIS AUDIOBOOK
$20
ISBN: 9780593606377
Unabridged Download 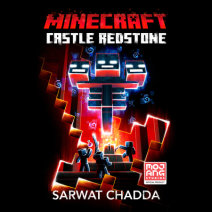 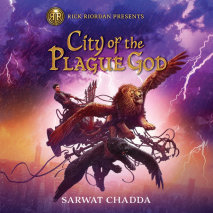 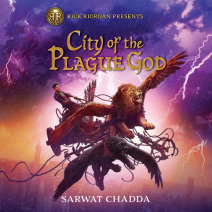 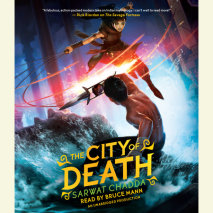 audio
The City of Death
Author: Sarwat Chadda | Narrator: Bruce Mann
Release Date: October 29, 2013
Ash escaped THE SAVAGE FORTRESS . . . but can he survive THE CITY OF DEATH?Meet Ash Mistry: eighth grader, pretty good video gamer, guy with a massive crush on the beautiful Gemma . . .Oh, and the Eternal Warrior of the death goddess Kali.Just when A...
ABOUT THIS AUDIOBOOK
$25
ISBN: 9780804123402
Unabridged Download 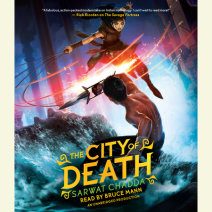 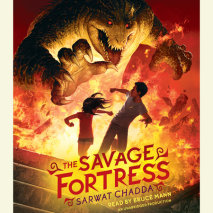 audio
The Savage Fortress
Author: Sarwat Chadda | Narrator: Bruce Mann
Release Date: February 26, 2013
The gods and monsters of India roar to life in this thrilling fantasy!After three weeks of vacation, Ash Mistry is ready to leave the heat and dust of India behind him. Then he discovers a gleaming gold arrowhead hidden in the sands--a weapon used to...
ABOUT THIS AUDIOBOOK
$20
ISBN: 9780385363792
Unabridged Download 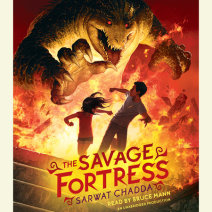