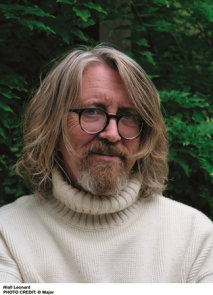 NIALL LEONARD is a drama and comedy screenwriter born in Northern Ireland and living in West London with his wife, bestselling author E L James, and their two children. Among his many television credits, he has created episodes of Wire in the Blood, Silent Witness, Ballykissangel, and Hornblower. He has also led seminars and workshops on screenwriting and script editing for the BBC, the Northern Ireland Film Council, and the Irish Playwrights and Screenwriters Guild, and has lectured on the creative process at the University of Reading. Leonard's debut young adult novel is Crusher.