home
x
Subscribe
Laurence Maslon
Laurence Maslon is an associate arts professor and associate chair at NYU’s Graduate Acting Program. He has written the companion volumes to Michael Kantor’s documentary series, Make ‘Em Laugh and Broadway: The American Musical, in addition to writing several other books about the theater and editing three volumes for the Library of America.  He is the host of “Broadway to Main Street,” a weekly radio show and lives in New York and Long Island with his wife and son.

Over the past twenty-five years of work in public television, Michael Kantor has established himself as one of the nation's leading independent documentary filmmakers.  As a writer, director, and producer, his works include Quincy Jones: In the Pocket, Broadway: The American Musical, and Make ‘Em Laugh: The Funny Business of America.  He lives in a fortress of solitude 28 minutes north of New York City, inhabited by his family of superheroes.
Read More +
1 results   page 1 of 1   view sort by 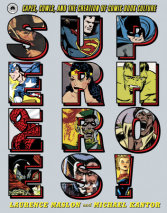 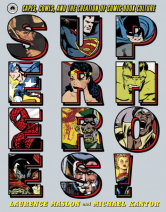