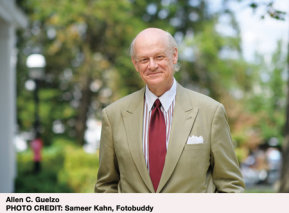 Allen C. Guelzo is the Henry R. Luce Professor of the Civil War Era and Director of Civil War Era Studies at Gettysburg College. He is the author of Lincoln’s Emancipation Proclamation: The End of Slavery in America and Abraham Lincoln: Redeemer President, both winners of the Lincoln Prize. Guelzo’s essays, reviews, and articles have appeared in publications ranging from the American Historical Review and Wilson Quarterly to newspapers such as The Philadelphia Inquirer and The Wall Street Journal. 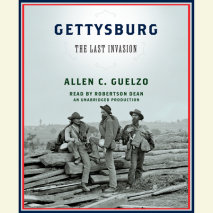 audio
Gettysburg
Author: Allen C. Guelzo | Narrator: Robertson Dean
Release Date: May 14, 2013
From the acclaimed Civil War historian, a brilliant new history—the most intimate and richly readable account we have had—of the climactic three-day battle of Gettysburg (July 1–3, 1863), which draws the reader into the heat, smoke,...
ABOUT THIS AUDIOBOOK
$30
ISBN: 9780385394321
Unabridged Download 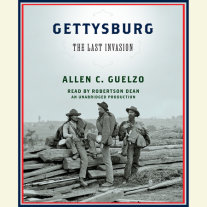