Peter S. Beagle, a World Fantasy Award nominee, is the bestselling author of the fantasy classic The Last Unicorn as well as many other highly acclaimed works. His novels and stories have been translated into sixteen languages worldwide, and his long and fascinating career has covered everything from journalism and stage adaptations to songwriting and performances. He has given readings, lectures, and concerts of his own songs from coast to coast, and has written several screenplays, including Ralph Bakshi's film version of The Lord of the Rings. 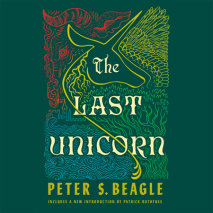 The Last Unicorn
Author: Peter S. Beagle | Narrator: Orlagh Cassidy and Joshua Kane
Release Date: July 26, 2022
INCLUDES A NEW INTRODUCTION BY PATRICK ROTHFUSSExperience one of the most enduring classics of the twentieth century and the book that The Atlantic has called “one of the best fantasy novels ever.”The unicorn lived in a lilac wood, and sh...
ABOUT THIS AUDIOBOOK
$20
ISBN: 9780593610817
Unabridged Download 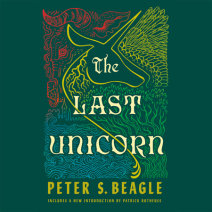