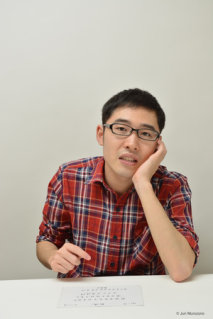 Naoki Higashida was born in Kimitsu, Japan in 1992. Diagnosed with severe autism when he was five, he subsequently learned to communicate using a handmade alphabet grid and began to write poems and short stories. At the age of thirteen he wrote The Reason I Jump, which was published in Japan in 2007. Its English translation came out in 2013, and it has now been published in more than thirty languages. Higashida has since published several books in Japan, including children’s and picture books, poems, and essays. The subject of an award-winning Japanese television documentary in 2014, he continues to give presentations throughout the country about his experience of autism.

audio
Fall Down 7 Times Get Up 8
Author: David Mitchell, Naoki Higashida and KA Yoshida | Narrator: David Mitchell and Thomas Judd
Release Date: July 11, 2017
From the author of the bestselling The Reason I Jump, an extraordinary self-portrait of a young adult with autism“Essential reading for parents and teachers of those with autism who remain nonverbal.”—Temple Grandin Naoki Higashida ...
ABOUT THIS AUDIOBOOK
$9
ISBN: 9781101923177
Unabridged Download