Wesley Morgan is a military affairs reporter who most recently covered the Pentagon for two and a half years at Politico. He previously worked as a freelance journalist in Washington, D.C., Iraq, and Afghanistan, contributing stories to The Washington Post, The New York Times, The Atlantic and other publications. He is an alumnus of Princeton University. 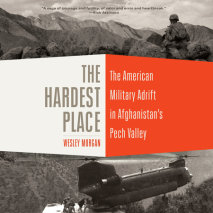 audio
The Hardest Place
Author: Wesley Morgan | Narrator: Mark Deakins
Release Date: March 09, 2021
COLBY AWARD WINNER • “One of the most important books to come out of the Afghanistan war.”—Foreign Policy “A saga of courage and futility, of valor and error and heartbreak.”—Rick Atkinson, author of the Lib...
ABOUT THIS AUDIOBOOK
$30
ISBN: 9780593286791
Unabridged Download 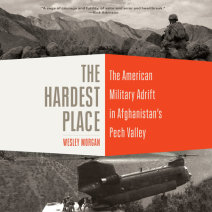