home
x
Eric Utne
Eric Utne is a writer, publisher, and social entrepreneur. In 1984, he founded Utne Reader. The mission behind every issue is to start meaningful conversations that transcend traditional labels, biases, and stereotypes--conversations that demonstrate there's still plenty of room for all of us to grow, to learn, and to cure ignorance.

Utne has a B.E.D. (Environmental Design) from the University of Minnesota. He is a co-founder of the Headwaters Fund and a founding member of the Social Venture Network. He was a seventh and eighth grade class teacher in an inner-city Waldorf school in the early 2000s. In 2006 he was elected to the executive committee of the Nobel Peace Prize Forum. He is a senior fellow at the University of Minnesota's Center for Spirituality and Healing, where he co-authored a series of courses called Whole Systems Healing that explore the social and environmental dimensions of health and well-being. Utne has four sons and five grandchildren. He lives in St. Paul, Minnesota.
Read More +
1 results   page 1 of 1   view sort by 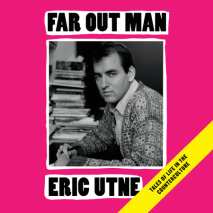 Far Out Man
Author: Eric Utne
Release Date: July 28, 2020
The founder of the Utne Reader chronicles his adventures on the frontlines of American history--from the Vietnam era to the age of Trump--as a spiritual seeker, anti-war activist, and minor media celebrity.Far Out Man is the story of a man who has be...
ABOUT THIS AUDIOBOOK
$15
ISBN: 9780593210048
Unabridged Download 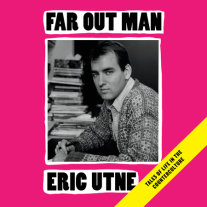