Jon Skovron has been an actor, musician, lifeguard, Broadway theater ticket seller, warehouse grunt, technical writer, and web developer. He has nine fingers, dislikes sweets, and possesses a number of charming flaws. He was born in Columbus, Ohio, and after traveling around a while, he has settled, somewhat haphazardly, in the Washington, D.C., area, where he and his two sons can regularly be seen not fitting into the general Government scene. Visit him at jonskovron.com. 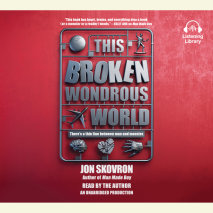 audio
This Broken Wondrous World
Author: Jon Skovron | Narrator: Jon Skovron
Release Date: August 04, 2015
“My fellow monsters,” said Moreau. “No longer will we hide in the shadows, cringing, cowardly, hiding our true potential. You see, the humans do not view us as people. We must force them to expand their view of personhood to include...
ABOUT THIS AUDIOBOOK
$25
ISBN: 9781101915462
Unabridged Download 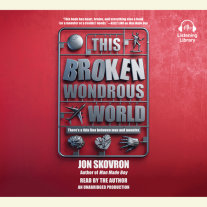 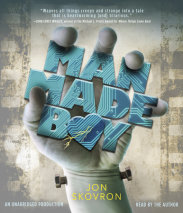 audio
Man Made Boy
Author: Jon Skovron | Narrator: Jon Skovron
Release Date: October 03, 2013
Love can be a real monster.   Sixteen-year-old Boy’s never left home.  When you’re the son of Frankenstein’s monster and the Bride, it’s tough to go out in public, unless you want to draw the attention of a torch-wie...
ABOUT THIS AUDIOBOOK
$24
ISBN: 9780804121224
Unabridged Download 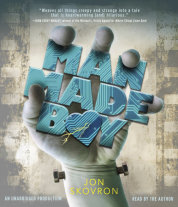