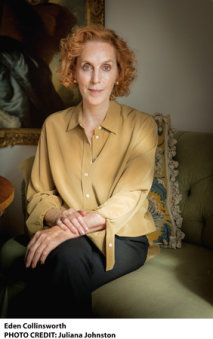 Eden Collinsworth is a former media executive and business consultant. She was president of Arbor House Publishing Co. and founder of the Los Angeles–based monthly lifestyle magazine Buzz, before becoming a vice president at Hearst Corporation. She served as the chief of staff at the EastWest Institute, a global think tank; in 2011—after writing a best-selling book in China for Chinese businesspeople on Western deportment—she launched Collinsworth & Associates, a Beijing-based consulting company, which specialized in intercultural communi­cation. The author of I Stand Corrected: How Teaching Western Manners in China Became Its Own Unforgettable Lesson, she currently lives in London. 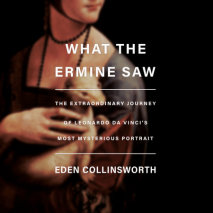 What the Ermine Saw
Author: Eden Collinsworth |
Release Date: May 10, 2022
In the tradition of The Lady in Gold and The Hare with the Amber Eyes, the remarkable story behind one of history’s most enigmatic portraits.Five hundred and thirty years ago, a young woman sat before a Grecian-nosed artist known as Leonardo da...
ABOUT THIS AUDIOBOOK
$17.50
ISBN: 9780593508312
Unabridged Download 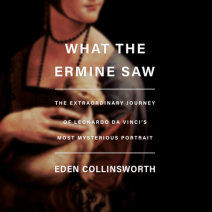 audio
Behaving Badly
Author: Eden Collinsworth | Narrator: Joy Nash
Release Date: April 04, 2017
What is the relevance of morality today? Eden Collinsworth enlists the famous, the infamous, and the heretofore unheard-of to unravel how we make moral choices in an increasingly complex—and ethically flexible—age. To call these unsettlin...
ABOUT THIS AUDIOBOOK
$20
ISBN: 9781524781279
Unabridged Download