Tom Mangold has been an investigative reporter with BBC TV and a reporter for the Sunday Mirror and the Daily Express. As a war correspondent, he covered Vietnam, two Middle East wars, and the Russian invasion of Afghanistan. His first book, The File on the Tsar, was an international bestseller.

John Penycate is a journalist who has reported regularly for BBC TV’s weekly public affairs shows The Money Programme and Panorama and has interviewed major political and business leaders. He lectures at the journalism schools of London and Westminster universities. A resident of London, Penycate is active in institutes and societies concerned with the media and public affairs. 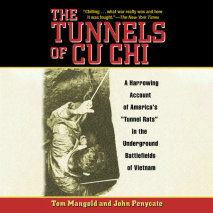 audio
The Tunnels of Cu Chi
Author: Tom Mangold and John Penycate | Narrator: Jeff Harding
Release Date: May 11, 2021
At the height of the Vietnam conflict, a complex system of secret underground tunnels sprawled from Cu Chi Province to the edge of Saigon. In these burrows, the Viet Cong cached their weapons, tended their wounded, and prepared to strike. They had ...
ABOUT THIS AUDIOBOOK
$20
ISBN: 9780593452387
Unabridged Download 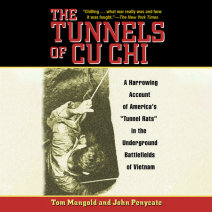