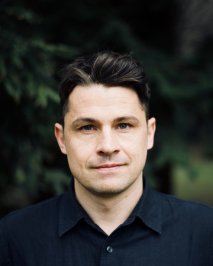 Michael Christie is the author of the novel If I Fall, If I Die, which was longlisted for the Scotiabank Giller Prize and the Kirkus Prize and selected as a New York Times Editors’ Choice. His linked collection of stories, The Beggar’s Garden, was longlisted for the Scotiabank Giller Prize, shortlisted for the Rogers Writers’ Trust Fiction Prize, and won the City of Vancouver Book Award. His essays and book reviews have appeared in The New York Times, The Washington Post, and The Globe and Mail. A former carpenter and homeless-shelter worker, Christie divides his time between Victoria and Galiano Island, British Columbia, where he lives with his wife and two sons in a timber-frame house that he built himself. 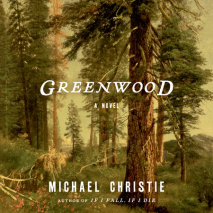 audio
Greenwood
Author: Michael Christie | Narrator: Kimberly Farr
Release Date: February 25, 2020
A magnificent generational saga that charts a family’s rise and fall, its secrets and inherited crimes, from one of Canada’s most acclaimed novelistsLonglisted for the Scotiabank Giller Prize • “A rugged, riveting novel . ...
ABOUT THIS AUDIOBOOK
$27.50
ISBN: 9780593150283
Unabridged Download 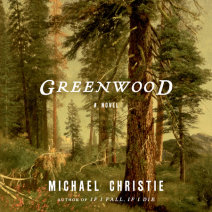