Peter Benchley began his career as a novelist in 1974 with the publication of Jaws, which was made into a hugely successful film. His other books include The Deep, The Island, The Girl of the Sea of Cortez, “Q” Clearance, Rummies, Beast, White Shark, and Shark Trouble. He was also a speechwriter for President Lyndon Johnson and a journalist for such magazines as Newsweek and National Geographic. Benchley died in 2006. 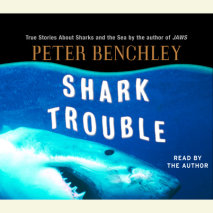 Shark Trouble
Author: Peter Benchley | Narrator: Peter Benchley
Release Date: June 04, 2002
Drawing on more than three decades of experience writing about sharks and other marine animals, the bestselling author of Jaws combines high adventure with practical information in a book that is at once a thriller and a valuable guid...
ABOUT THIS AUDIOBOOK
$12.50
ISBN: 9781415919651
Abridged DownloadUnabridged Download 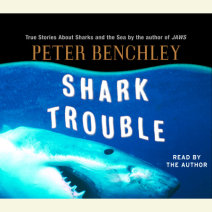